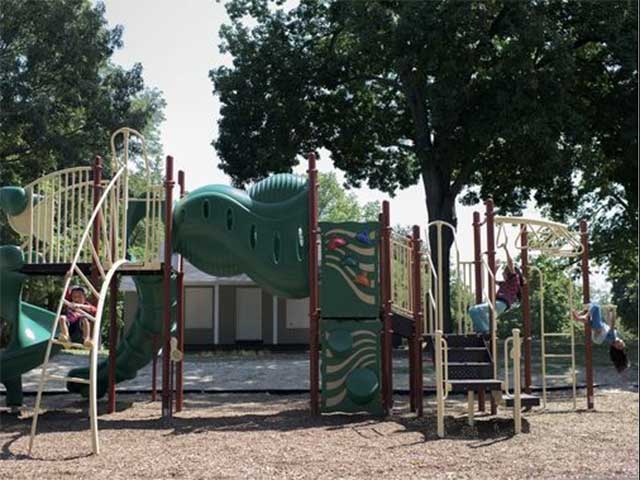 This story is from The Daily Journal Online.  www.dailyjournal.com

BRIDGETON – Many older residents have fond memories of the Johnson Reeves Playground as a joyous neighborhood destination on warm summer nights.

But the playground fell apart decades ago, succumbing to a lack of upkeep and care that left it barren of the joy and innocence it once commanded.

Now all that’s history, as city officials and the score of volunteers who have helped them revitalize the site over the last two years will celebrate its grand reopening Thursday.

“Neighborhood revitalization starts with a sense of community pride,” Mayor Albert B. Kelly said. “We wanted Johnson Reeves (playground) to be viable and ultimately a source of pride for residents.”

With a partnership between the city and area non-profit group Revive South Jersey, along with help from various volunteer groups and local organizations, the Johnson Reeves Playground has finally gotten the attention it lacked for so many years.

According to Kevin C. Rabago, special assistant to the mayor, the entire project has seen about $47,800 of investment between the city and its matching grant partners.

Help also came in the way of a $15,000 Kaboom grant, as well as various volunteer efforts and donations from area businesses.

The playground, which is located at the corner of East Avenue and York Street, serves the Milltown section of Bridgeton and was once was an anchor for the neighborhood there, officials said. However, budget cuts and staff losses contributed to a lack of upkeep at the site, resulting in a park that fell into disrepair, according to Rabago.

The adjacent clubhouse where children once stored balls and games became marked with graffiti and saw its windows and doors boarded up, while the playground equipment itself became tattered and broken.

Officials’ improvement efforts initially focused solely on the clubhouse and playground equipment, Rabago said, but that eventually came to include expanding the basketball and soccer courts, adding lighting to the area and parking lot touch-ups.

Many helped spruce the playground up, officials said, whether it was contributing grants, offering up volunteers for labor or supplying materials. “We had a strong group with us and I am grateful to each and every one who provided materials and labor to make this project possible,” Kelly said. “Without them, this doesn’t happen.”

For Kelly, the return of the playground takes him back to his days as a child playing baseball on summer days.

“I have a special feeling for that playground and a lot of fond memories,” Kelly said. “It’s time for a new generation of youngsters to enjoy the playground and build their own memories of the place.”

Title of the document